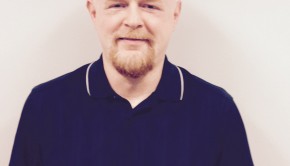 2015 graduate Eric Lund will serve as Wright College’s Valedictorian at the May 2, 2015 City Colleges of Chicago Commencement Ceremony.

Get to Know…Wright’s Valedictorian Carl Allen!