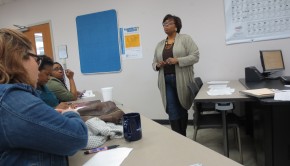 Get Ready for the Fall 2014 AQIP Retreat!

Last November, Wright’s faculty and staff gathered for the Fall 2013 AQIP Retreat and generated many creative ways to support

This Friday, March 14, 2014, President Potash will deliver his State of the College address in the Events Building