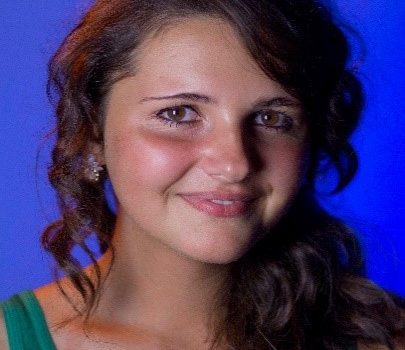 Get To Know Kinga Szopinska

Kinga came to Wright College immediately after graduating from Plainfield High School in fall 2012. Due to her limited financial resources, she could not afford to attend a university. Her dream has always been to be an illustrator, so naturally she took art classes for her electives. One semester at Wright College, in an oil painting class, she met Professor Rory Leonard. She was the most dedicated teacher Kinga’s ever had and pushed her far beyond her limits to develop her art work. Professor Leonard informed Kinga of the transfer requirements to be admitted to the School of the Art Institute (SAIC). After earning her Associate in Arts degree, she stayed at Wright College for an extra year, taking only art classes so that she could fulfill the transfer requirements. She also obtained a job in the Gateway Advising and Transfer Center as a student ambassador. This allowed her to start saving money for school. Meanwhile, she worked on creating a strong portfolio for SAIC with the guidance of Professors Leonard and Galemb. At the end of the year, she submitted her artist’s statement and portfolio along with her application to SAIC. She was admitted and awarded an $18,000 annually renewable scholarship! She was thrilled but still concerned about paying for college since she didn’t qualify for FAFSA. She looked at other sources of aid such as loans but did not qualify for any of them. The transfer director at Wright connected her with the Admissions Office at SAIC and helped her to obtain a job there. Kinga is grateful every day for the wonderful resources that she’s encountered at Wright College. The art faculty have been so dedicated in helping her to achieve her dream. Her advisor at Wright College, Malgorzata Haptas, has also been supportive with her goals, as well as Associate Dean Maria Llopiz and Transfer Director Susan Calabrese who have continuously done anything in their power to ensure that Kinga is on her way to getting a degree and transferring to SAIC.

Currently, Kinga is attending SAIC part-time and working in the Admissions Office. It’s been a year since she started attending SAIC, and she is the happiest she’s ever been! She is learning so many new skills, from installation techniques to ideas that challenge her way of thinking about art. She also obtained an internship at the Arts of Life Studio, an art studio for people with and without learning disabilities. The internship has had a big impact on her mindset and her goals. It has sparked her interest in art therapy. Kinga would love to open up her own mural painting business as well as help people who have learning disabilities, addictions and other struggles through art therapy. A lot of her art work deals with the idea of personal struggle. She believes her future graduate studies in art therapy and her interest in helping people with different needs will help to create a difference in the community. 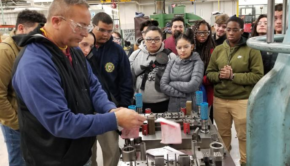 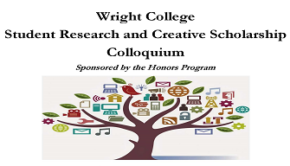 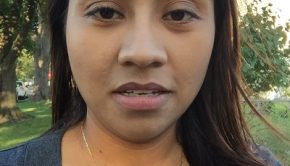 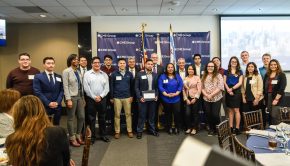