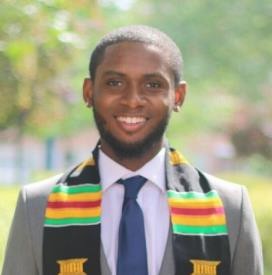 Five years ago, if you had told me I’d be living in Los Angeles, California, I would have probably laughed out loud. I graduated from Whitney Young in 2012 and made up my mind that I would enroll at Eastern Illinois University (EIU) to pursue my Bachelor’s degree in Sport Management and ultimately become a sports agent. After one semester I realized that EIU wasn’t the right fit for me. I left EIU, and my mother encouraged me to enroll at Wilbur Wright College. I didn’t allow my experience at EIU to deter me from my academic and career goals.

I spent a year and a half at Wright studying and working hard to earn my Associate in Arts. The time at Wright helped me to learn about myself and my aspirations. One way CCC helped me was through the Spring Break College Tour. They took a select number of students on a week-long trip to promote transfer to out-of-state colleges and universities after completion of an Associate’s degree. We visited multiple Historically Black Colleges and Universities (HBCUs) in the southeastern portion of the U.S., including Tuskegee University, Morehouse College, Fisk University and Clark Atlanta University. After visiting these schools, I continued to research my transfer options and specifically HBCUs. Careful investigation of transfer institutions is key to a successful transfer experience. Through this process I learned that HBCUs offer quality, innovative education combined with a very supportive environment that leads to degree completion. In fact, HBCUs have led the way in awarding bachelor’s degrees and professional degrees earned by African Americans in the U.S. I decided to apply to Howard University in Washington, D.C., which is ranked #2 among the 107 HBCU institutions in the United States.

I transferred to Howard in fall 2014, and it was the best decision I have ever made. At Howard I grew as both a man and a student. I had to adapt and take care of myself like I never had before. I was surrounded by 10,000+ students on campus and was living in a new city. Washington, D.C. and Howard University prepared me and provided me with opportunities that some would only dream of. I was surrounded by Black excellence. I helped with the production of ESPN’s His & Hers during a campus filming; I interned with Nike; I became a campus ambassador; and I met and hosted tours to foreign royalty, celebrities, and everyday prospective students. I developed essential life skills and made life-long connections. In spring 2017 I graduated magna cum laude from Howard University’s Cathy Hughes School of Communications. Job offers came from top advertising agencies: Deutch, Wieden & Kennedy, and R/GA. Currently, I am the account coordinator for Nike Basketball at R/GA, a competitive position for someone just out of college.

I am gainfully employed in my chosen field. This I owe to my mother and Howard University for preparing me. The time spent and lessons learned at Wright College undoubtedly set me on the path to succeed at Howard and beyond. My word of advice to students is to follow your dreams, take advantage of all available educational opportunities at Wright and transfer to a four-year university to realize your full potential.